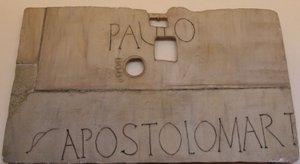 The Way of Saint Paul

The Way of St. Paul is an itinerary that retraces the footsteps of the Apostle of the Gentiles in southern Lazio.

The path followed by the Apostle in chains, led to Rome as a prisoner around 60 AD, follows the ancient route of the Appian Way through some of the most beautiful and unspoiled places in central Italy.

An itinerary of faith, therefore, but also of history, art and nature which in an alternation of extraordinary environments and landscapes allows you to discover small characteristic villages, splendid archaeological sites, naturalistic areas of great beauty.

The Way of St. Paul also differs from the other routes that cross the lower Lazio not only for its common thread linked to the charismatic figure of the apostle but also for its route designed to be as close as possible to the ancient itinerary, passing through areas such as the Pontine plain, rich in interest and yet to be discovered.

The GoTellGo Association, in collaboration with the Archaeological Superintendence of Lazio and Southern Etruria, is studying and mapping the route to faithfully reconstruct the itinerary traveled by San Paolo almost two thousand years ago.

The goal is to rediscover a historical-religious itinerary of great importance, re-evaluating the role of the ancient Appian Way as a fundamental road axis of antiquity, and to tell stories, legends and traditions of a territory capable of surprising the traveler of everytime. 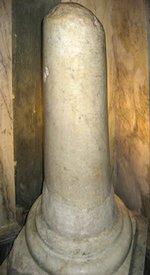