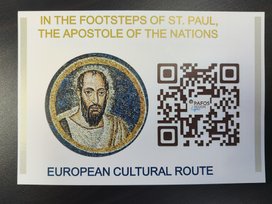 Salamis (Ancient Greek: Σαλαμίς, Greek: Σαλαμίνα)  is an ancient Greek city-state on the east coast of Cyprus, at the mouth of the river Pedieos, 6 km north of modern Famagusta. According to tradition, the founder of Salamis was Teucer, son of Telamon, king of the Greek island of Salamis, who could not return home after the Trojan war because he had failed to avenge his brother Ajax.

After Alexander the Great conquered the Persian Empire, Ptolemy I of Egypt ruled the island of Cyprus. In Roman times, Salamis was part of the Roman province of Cilicia. The seat of the governor was relocated to Paphos. The town suffered heavily during the Jewish rising of AD 116–117. Although Salamis ceased to be the capital of Cyprus from the Hellenistic period onwards when it was replaced by Paphos, its wealth and importance did not diminish. The city was particularly favoured by the Roman emperors Trajan and Hadrian, who restored and established its public buildings. The "cultural centre" of Salamis during the Roman period was situated at the northernmost part of the city, where a gymnasium, theatre, amphitheatre, stadium and public baths have been revealed. There are baths, public latrines (for 44 users), various little bits of mosaic, a harbour wall, a Hellenistic and Roman agora and a temple of Zeus that had the right to grant asylum. Byzantine remains include the basilica of Bishop Epiphanos (AD 367–403). It served as the metropolitan church of Salamis. St. Epiphanios is buried at the southern apse. The church contains a baptistry heated by hypocausts. The church was destroyed in the 7th century and replaced by a smaller building to the south.

In what is known as the "First Missionary Journey", Paul the apostle and the Cypriot-born Barnabas made Salamis their first destination, landing there after heading out from Antioch of Syria. There they proclaimed Christ in the Jewish synagogues before proceeding through the rest of the island (Acts 13:1-5). Tradition says that Barnabas preached in Alexandria and Rome, and was stoned to death at Salamis in about 61 CE. He is considered the founder of the Church of Cyprus. His bones are believed to be located in the nearby monastery named after him.

Several earthquakes led to the destruction of Salamis at the beginning of the 4th century. The town was rebuilt under the name of Constantia by Constantius II (337–361) and became an Episcopal seat, the most famous occupant of which was Saint Epiphanius. Emperor Constantius II helped the Salaminians not only for the reconstruction of their city but also he helped them by relieving them from paying taxes for a short period and thus the new city, rebuilt on a smaller scale, was named Constantia. The silting of the harbour led to a gradual decline of the town. Salamis was finally abandoned during the Arab invasions of the 7th century after destructions by Muawiyah I ( reigned 661-680 ). The inhabitants moved to Arsinoë (Famagusta).

Archaeological excavations at the site began in the late nineteenth century under the auspices of the Cyprus Exploration Fund. Many of these finds are now in the British Museum in London. Excavations at Salamis started again in 1952 and were in progress until 1974. Before the Turkish invasion there was much archaeological activity there; one French Mission was excavating at Enkomi, another at Salamis and the Department of Antiquities was busy almost throughout the year with repairs and restorations of monuments and was engaged in excavations at Salamis. After the Turkish invasion the occupation prevented the continuation of the excavations. Important archaeological collections are kept in the St. Barnabas monastery. In the District Archaeological Museum there are marble statues from the gymnasium and the theatre of Salamis, Mycenaean pottery and jewellery from Enkomi and other objects representative of the rich archaeological heritage of the whole district. The public buildings uncovered at the city site of Salamis date to the post-Classical period. 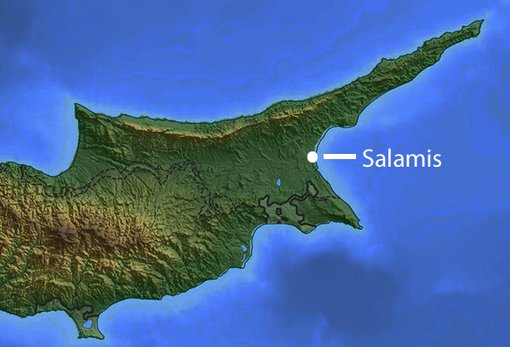 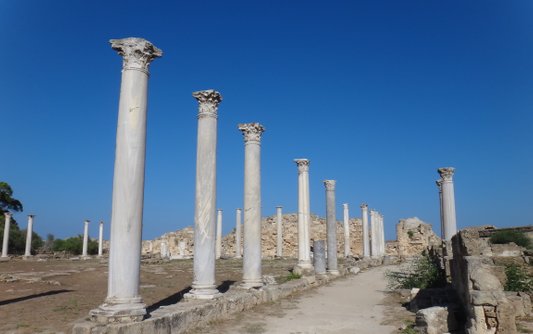 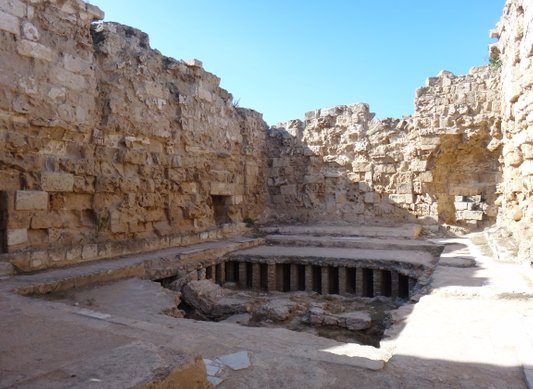 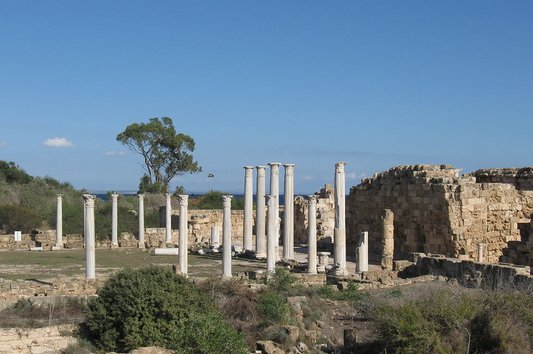 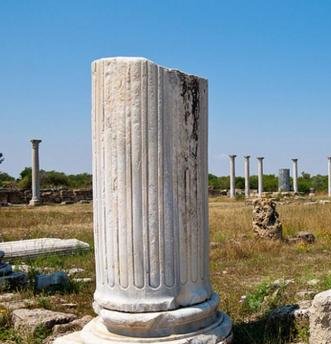