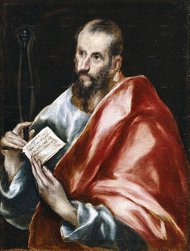 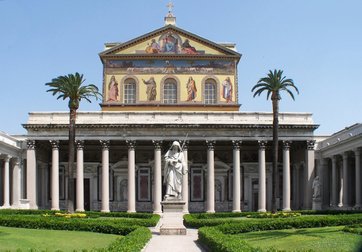 Samothrace island
According to the island’s tradition, when Apostle Paul passed through Samothrace he landed in the Ancient City’s port which nowadays is called Paliapoli (Old City). In memory of this event, a three-aisled Early Christian church was constructed at that place. For its construction locals used pieces from architectural parts of ancient buildings.

Kavala (Neapoli)
In the winter of the year 49, Apostle Paul lands on European land for the first time. The place he first came after travelling for two days was Neapoli. Seven years later when he came to Neapoli for the second time it took him five days to cover the same distance. Apostle Paul after following Via Egnatia he reached Philippi, 12 km from Neapoli. He was accompanied by Silas, Timothy, and Luke the doctor, Evangelist and writer of "Acts of the Apostles”.

Philippi
It was Saturday when he reached the place for the first time and many women were gathered in the area. They were the first in Europe to hear him preaching. Among them was Lydia, a noble woman from Thyateira of Asia Minor. She was the first to be baptized and helped remarkably to spreading the word of God. In Philippi, Paul and Silas were accused of provoking abnormalities in the city and for having habits unusual for the Romans. The two men were caned and imprisoned. Apostle Paul will keep close relationships with the people from Philippi and will boost them financially several times even when he was imprisoned in Rome. Seven years after his first visit, he will return to Philippi and then visit the place three more times (on April of 57, in spring of 63 and winter of 64).

Thessaloniki
When they reached Thessaloniki it was fall of 49. Apostles Paul and Silas found the city completely different from what they had seen so far. It was a free from Roman occupation city since 168 B.C. There was also a synagogue close to the port, as the Acts inform us. Apostles Paul went there for three Saturdays. Some people believed and became Paul’s and Silas’ students. Many of the neophyte Greeks believed, as well as several women who stood out in the city's society. A church was established in Thessaloniki. Soon, because of Paul’s activity, problems begin to rise in Thessaloniki and riots are provoked exactly as it had happened in Philippi. During the night Paul and Silas left the city. These are the only facts known about his stay in Thessaloniki. According to the existing tradition, as he left in a hurry, he came out of a high spot on the walls (probably from a small door) where later Vlatades monastery was established. East of the position where now Vlatades monastery stands used to be a spring. It is said that he stopped there to drink some water. Every year at this spring, which is known as “Apostle Paul’s Holy Water", people used to honour the Apostle. After the liberation of Thessaloniki,
a church in his honor was constructed in this place and the Holy Water became well known. Nowadays, a modern imposing church is the proof that Apostle Paul visited Thessaloniki, preached there and brought Greeks close to Christianity.

Veria
During the night, Paul and Silas left with the help of Christians for Veria. They walked for a while on Egnatia Road. Veria was a very busy city with great population and had a flourishing synagogue. As soon as they got there, Paul and Silas visited the synagogue. It is also said that the Jews of Veria were more polite than those in Thessaloniki and heard with great interest Paul preaching the Holy Gospel. Among the attendants were people from the upper classes of Veria, Hebrews and converts and a greatnumber of women. But soon, the news about Paul’s activities were spread in Thessaloniki. Their enemies from Thessaloniki sent people to Veria to provoke turmoil. Immediately his companions took the Apostle
away from Veria. Timothy and Silas remained in Veria. As a gift in return Veria gave to the Apostle of the Nations a new companion. He was Sopatros, son of Pyrrhus, who accompanied him for a long time after his return to Asia. The spot in Veria where it is said that Paul stood and preached, the so called "Apostle Paul's Podium" is now an imposing monument. Since 1995, a series of religious, cultural and sports events have been established under the name "Pavlia" which end every year with a scientific conference. 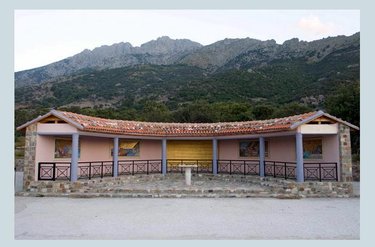 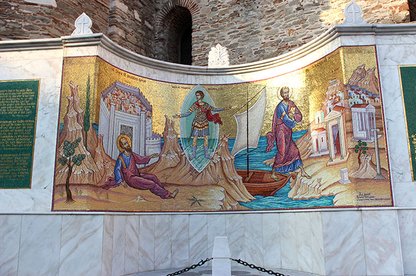 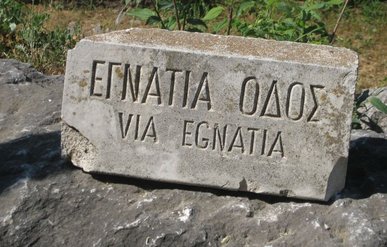 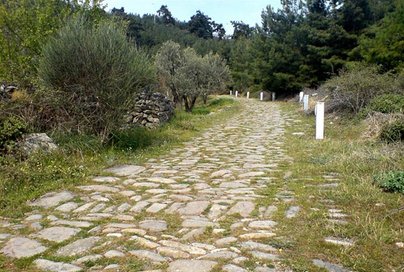 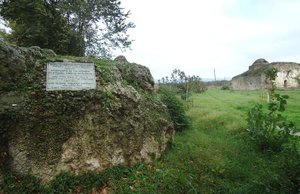