The legacy of Saint Paul, the Apostle of the nations, is an excellent and fundamental representative theme of European ideals closely and uniquly related to the principal values of the Council of Europe.

In both the Acts and Apostle Paul’s 14 epistles there are several references of wise and divine preaching about freedom, equality, dignity, human rights, democracy and the rule of law.

In a memorable phrase, the Apostle Paul declares: “It is for freedom that Christ has set us free.” Galatians 5:1, 13-15

Freedom, equality, and dignity are bestowed on all by virtue of being human, made in the image of God, according to St Paul. In Galatians, the Apostle Paul reminds us that these rights are not earned but divinely ordained. Paul's understanding of freedom is not individualized license but the freedom to love and serve God and others.

“For you were called to freedom, brothers and sisters; only do not use your freedom as an opportunity for self-indulgence, but through love become slaves to one another. For the whole law is summed up in a single commandment, “You shall love your neighbor as yourself.”

St Paul’s use of the term “slave” does not mean that we are literally to enslave others or to become enslaved by others. Slavery here is a metaphor for a radical commitment to love and serve one another in community. Furthermore, the warning against “self-indulgence” should not be understood as removal of the benefits of God’s compassion or denial of the more fundamental assertion that everyone, even the sinner, deserves equal respect. Hence, all are instructed to “love your neighbor as yourself.” Ultimately, the reason we are called to care about human rights is because of God’s love for all human beings and our human obligation to love others.

These words of the Apostle Paul express so powerfully the equality and unity of all people in Christ, which can be understood to extend to all human beings regardless of faith. There are no distinctions between human beings that could ever make any group of higher value than any other. Race and ethnicity; wealth, class, and status; gender and gender expression—none of these aspects that make us different from one another affects either our equality before God or our entitlement to all rights and freedoms. The above are in close accordance with the Council of Europe values, that advocate freedom of expression and of the media, freedom of assembly, equality, and the protection of minorities.

In Apostle Paul’s scriptures it is evident that Christianity contains all the principles that are at the basis of what we understand today as democracy, principles like liberty and equality.

As the Apostle of the Gentiles, or ‘Apostle of the nations’, St Paul spread Christianity to Europe through his missions to Cyprus and Greece and his voyage to Rome (and from Rome to Tarragona in Spain). St Paul’s Christianity has been an influential factor in the development of democracy and because of that, democratic countries cherish their Christian legacy through the centuries, with unique and momentous cultural heritage in arts, literature, music, history, theology, philosophy and European ideals.

The Council of Europe promotes human rights through international conventions, such as the Convention on Preventing and Combating Violence against Women and Domestic Violence and the Convention on Cybercrime. In doing so, the Council of Europe implies that there is no human being who does not possess rights and recognition before the law. Apostle Paul’s missions convey such messages:

Up to this point they listened to Paul, but then they shouted, “Away with such a fellow from the earth! For he should not be allowed to live.” And while they were shouting, throwing off their cloaks, and tossing dust into the air, the tribune directed that he was to be brought into the barracks, and ordered him to be examined by flogging, to find out the reason for this outcry against him. But when they had tied him up with thongs, Paul said to the centurion who was standing by, “Is it legal for you to flog a Roman citizen who is uncondemned?” When the centurion heard that, he went to the tribune and said to him, “What are you about to do? This man is a Roman citizen.” The tribune came and asked Paul, “Tell me, are you a Roman citizen?” And he said, “Yes.”

This text from Acts is a valuable window into precisely how important it is that every person, everywhere, be recognized before the law. Paul has enraged a crowd in Jerusalem and is about to be tortured under Roman authority. But, just in time, he invokes his citizenship, which protects him from that imminent flogging. The rule of law, one of the fundamental values of the Council of Europe, is invoked by St Paul on this occasion.

Everyone has the right to freedom of opinion and expression; this right includes freedom to hold opinions without interference and to seek, receive and impart information and ideas through any media and regardless of frontiers. The Council of Europe advocates freedom of expression and of the media; in this aspect Apostle Paul’s legacy is highly appropriate through his epistles:

So then, putting away falsehood, let all of us speak the truth to our neighbours, for we are members of one another. Be angry but do not sin; do not let the sun go down on your anger, and do not make room for the devil.… Let no evil talk come out of your mouths, but only what is useful for building up, as there is need, so that your words may give grace to those who hear. And do not grieve the Holy Spirit of God, with which you were marked with a seal for the day of redemption. Put away from you all bitterness and wrath and anger and wrangling and slander, together with all malice, and be kind to one another, tender hearted, forgiving one another, as God in Christ has forgiven you.

In this text from St Paul’s epistle to the Ephesians, free speech and expression are supported. For believers, free speech is a moral issue, in the sense that what we do with our words should be considered carefully and in the context of their effects on other people: We are free to speak, but not to lie; we are free to express anger, but obligated to seek reconciliation; we are free to talk, but not to slander one another. We are to use our words to build up, offer grace, and advance kindness.

How does St Paul's call to submit ourselves to the authorities we are placed under fit in a democracy? We must realize the context of Paul's epistles. He lived in a time where the people were not able to vote for a new Roman Emperor every 4 years. How does a biblical respect for authority fit in a society in which we choose our own leaders and are free to reject them if they fail us? Many have used Paul's words to argue that we need to simply accept the leadership, even if we don't like it. To do otherwise, some say, is contrary to scripture. Council of Europe member states are constitutional democracies. Governments and Parliaments are to submit to people’s authority. Could it be argued that in our context the constitution is the highest authority to be respected in the manner Paul dictates? As such, we would not be in violation of scripture if we neglect the decisions of our elected officials or call for their impeachment if they have violated the constitution. Similarly, about public servants and officials that violate their mandate through contempt of individual citizen’s rights, artificial exclusions, favouritism, promotion of personal agendas and ultimately corruption.

The ‘no hate’ youth campaign of the Council of Europe is in perfect harmony with the Apostle Paul’s heritage and legacy, in terms of human rights and European values.

The ‘hymn to love’ is the apogee of Paul’s writings:

4 Love is patient, love is kind. It does not envy, it does not boast, it is not proud. 5 It does not dishonor others, it is not self-seeking, it is not easily angered, it keeps no record of wrongs. 6 Love does not delight in evil but rejoices with the truth. 7 It always protects, always trusts, always hopes, always perseveres. 8 Love never fails.

In the original scripture in Greek: 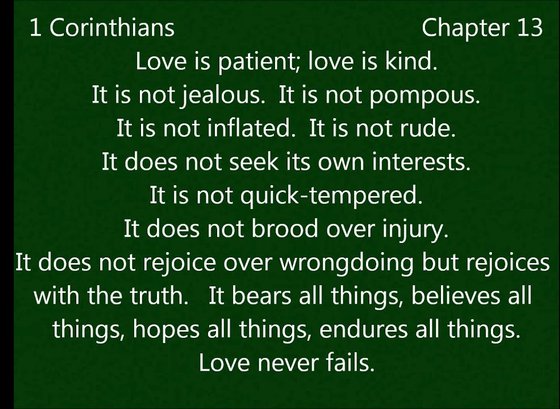 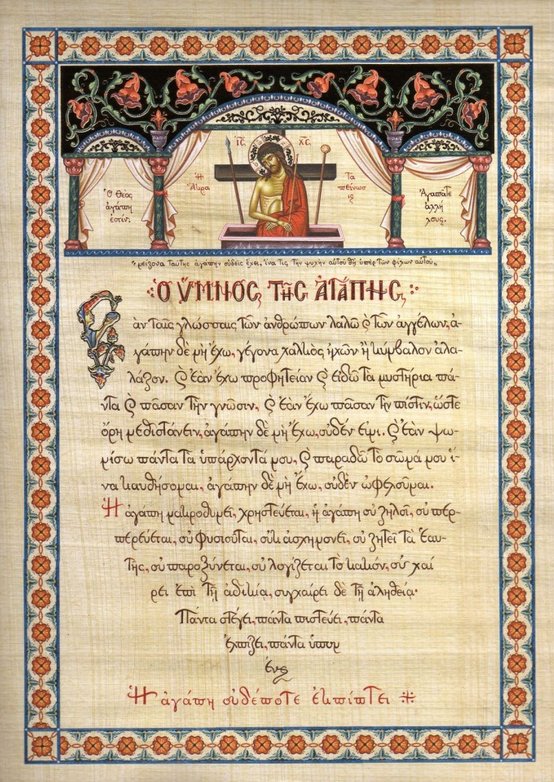 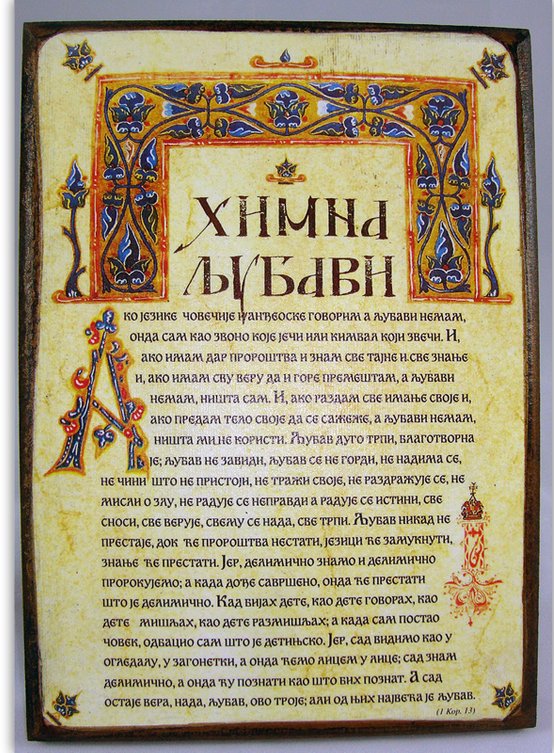 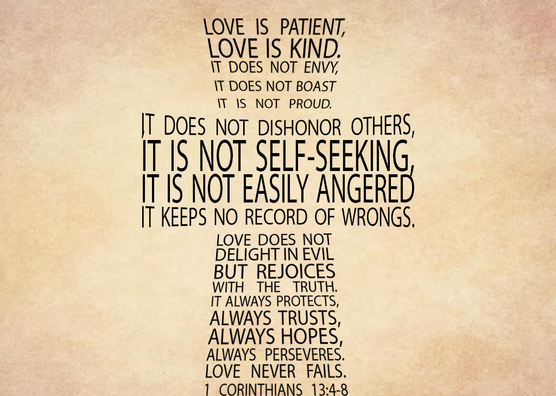 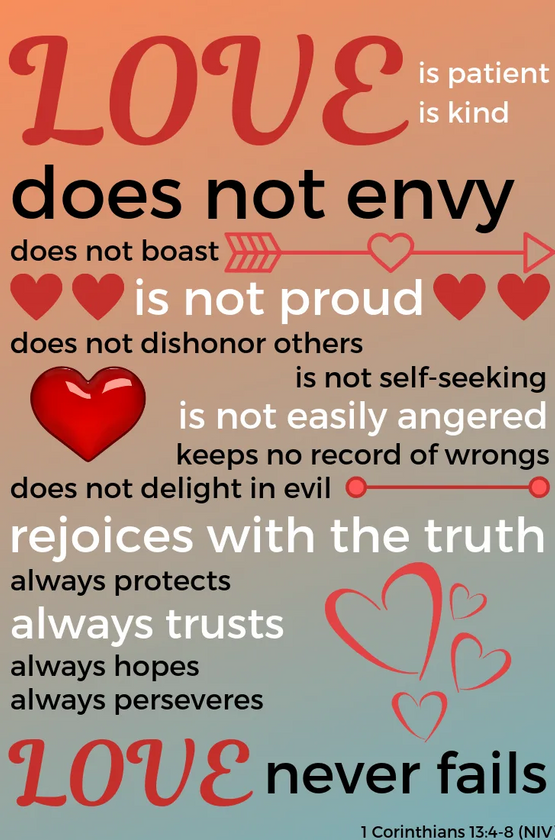